Marvel’s The Defenders follows Daredevil (Charlie Cox), Jessica Jones (Krysten Ritter), Luke Cage (Mike Colter) and Iron Fist (Finn Jones). This foursome is out to save New York City from the evils of Sigourney Weaver. As their lives cross intersect thanks in part to Claire Temple (Rosario Dawson). They realize with a good amount of persuading that they just might be stronger when teamed up together. 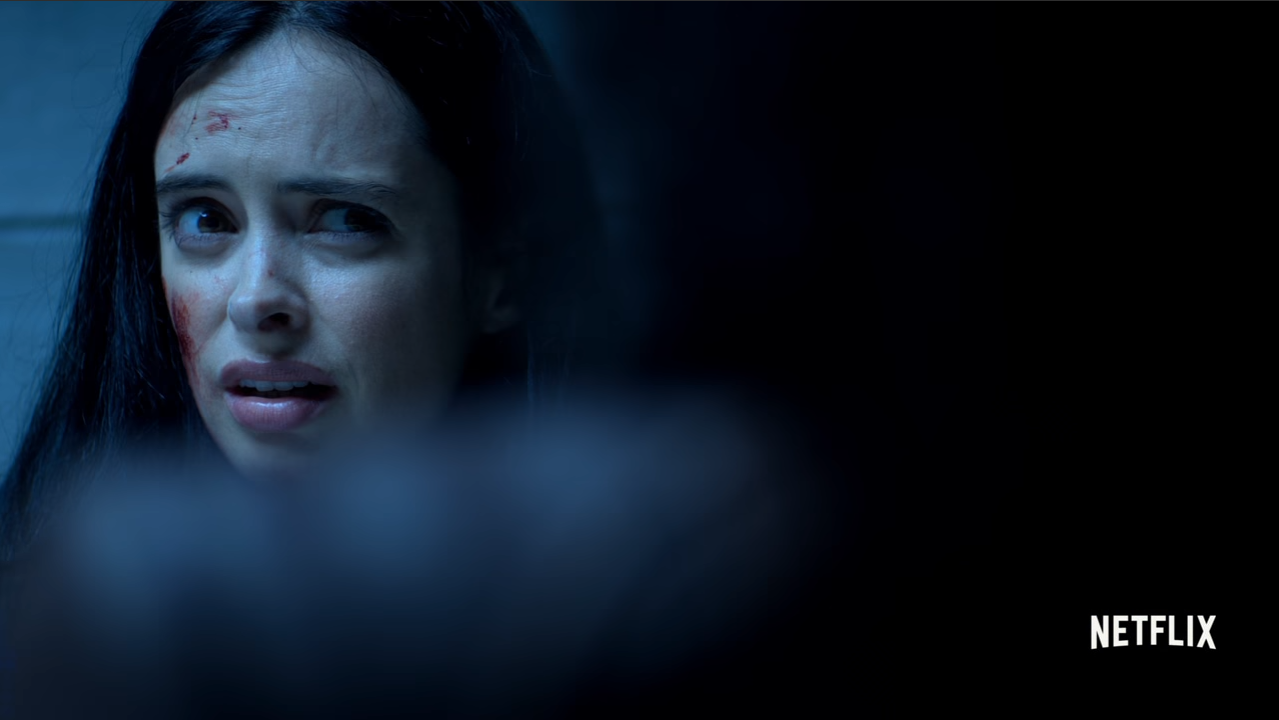 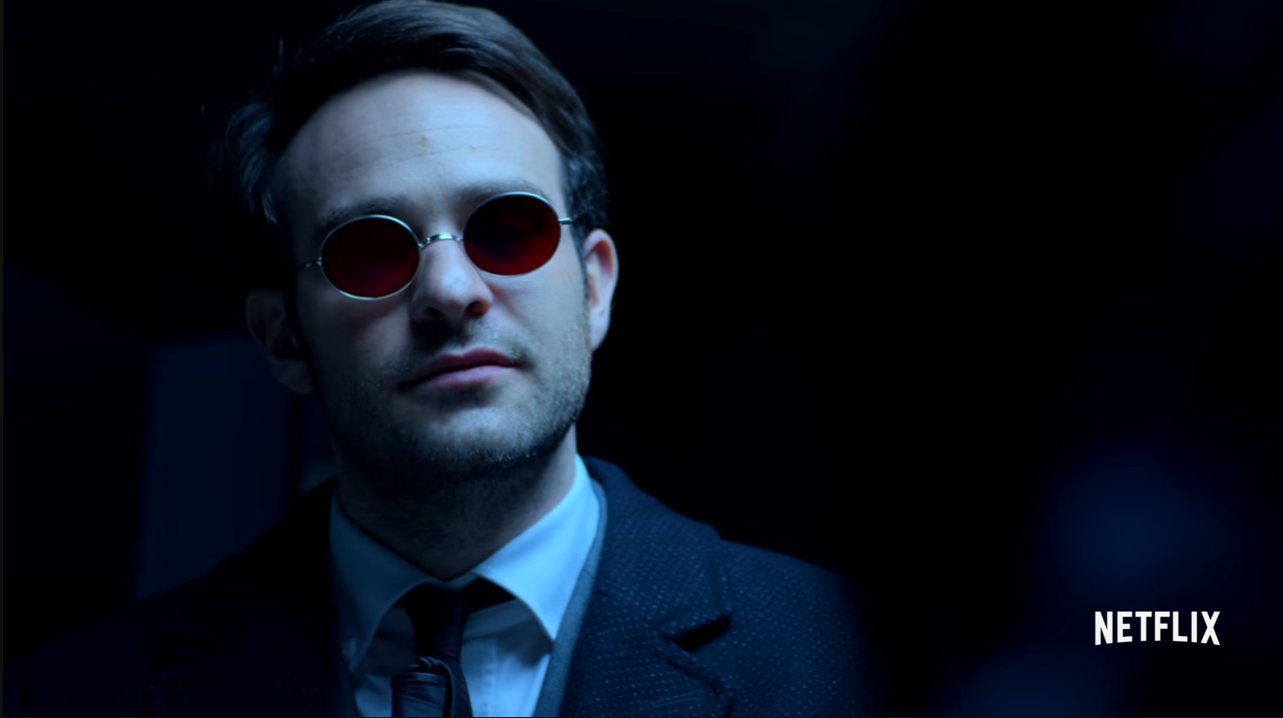 When watching the trailer I have got to say my grin was from ear to ear. Daredevil pops in interrupting Misty Knight’s interrogation of Jessica and tells Jessica to “stop talking”. Good luck with that Matt. 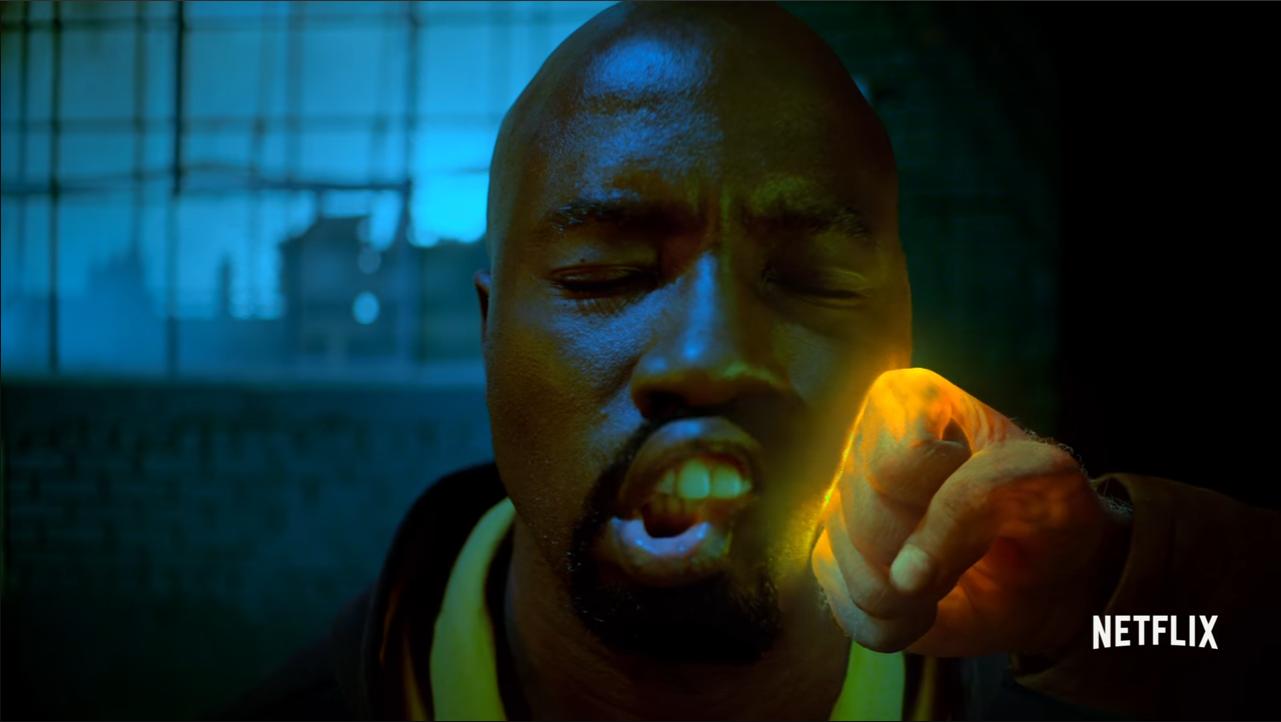 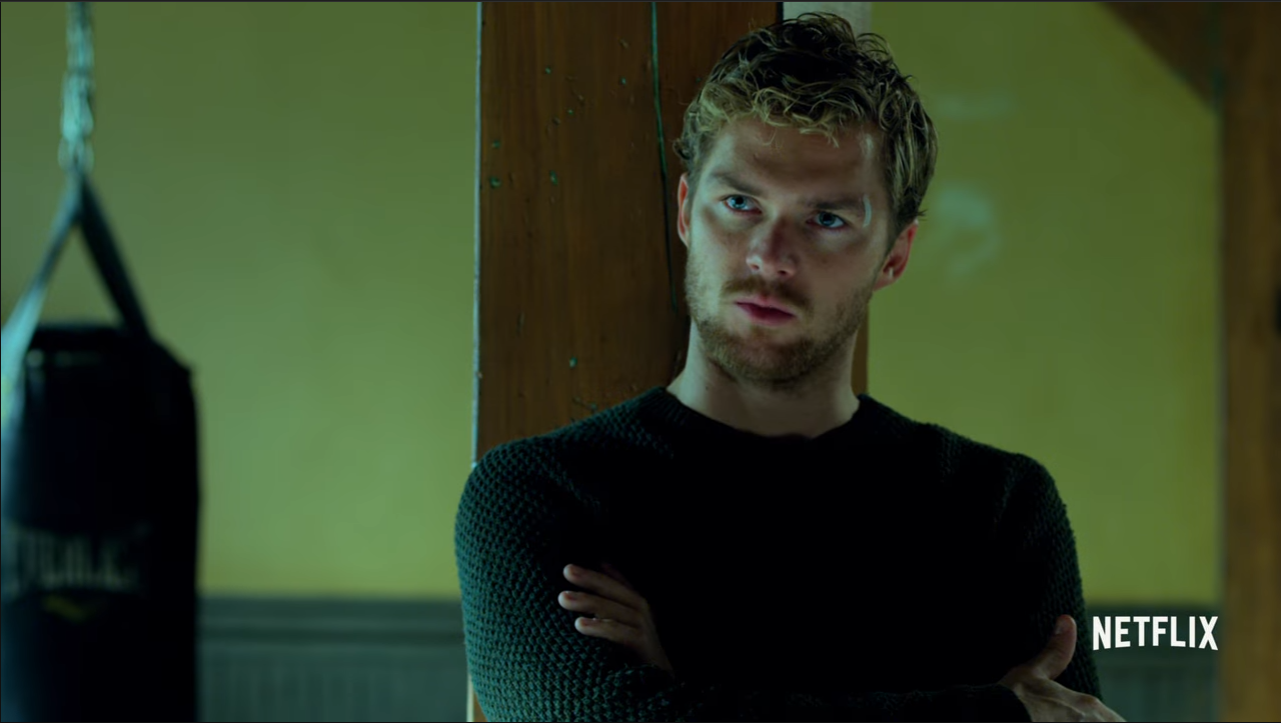 Then we transition to Luke Cage trying to figure out what a hero really means with good ole Clair guiding him along the way. He then meets up with Iron Fist who tries to smack Luke down with some fancy kungfu (which I hope is a little better in this show then the Iron Fists own). Then we see the glowing hand of the Iron Fist pop Luke Cage’s top right off. In the end Luke doesn’t understand what being an Immortal Iron Fist means and neither do I really. 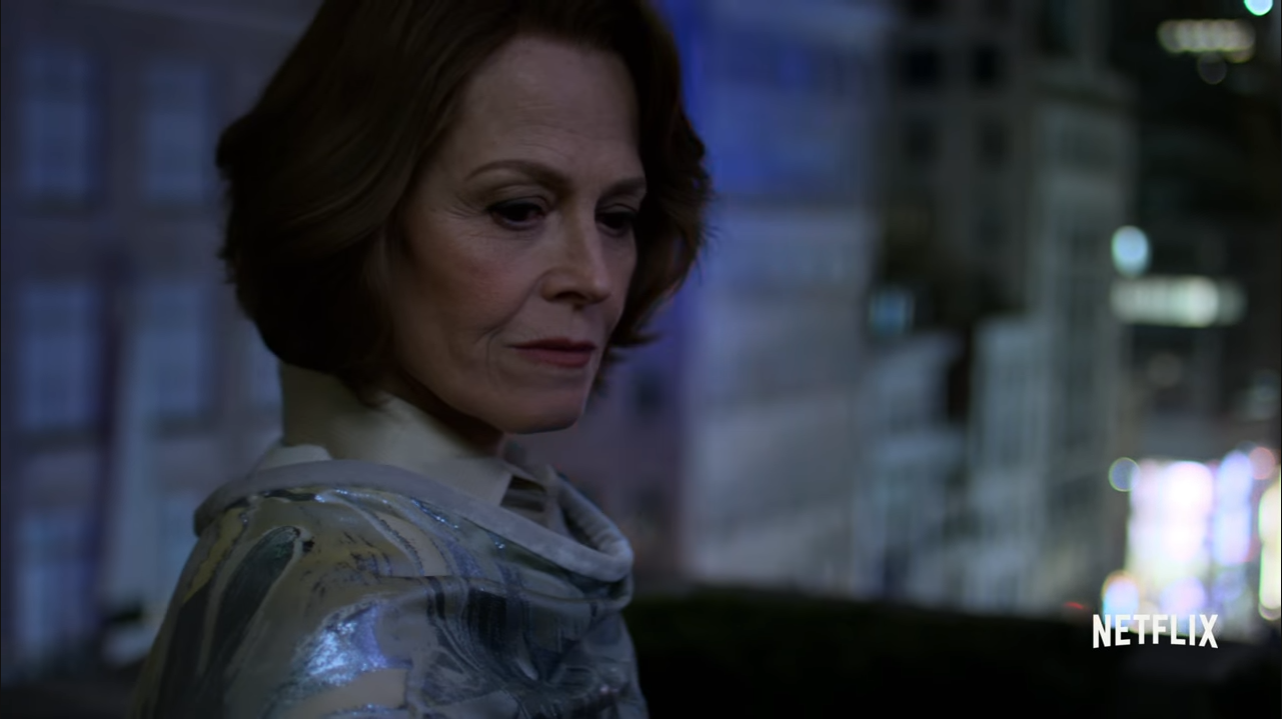 Then we’re introduced to the big bad Sigourney Weaver, who with the few lines she has seems to steal the show away for me as the main villain. We get to see an, “unhatched” back from the dead, Elektra (Elodie Yung) fighting with Daredevil, which is going to be fun to watch. 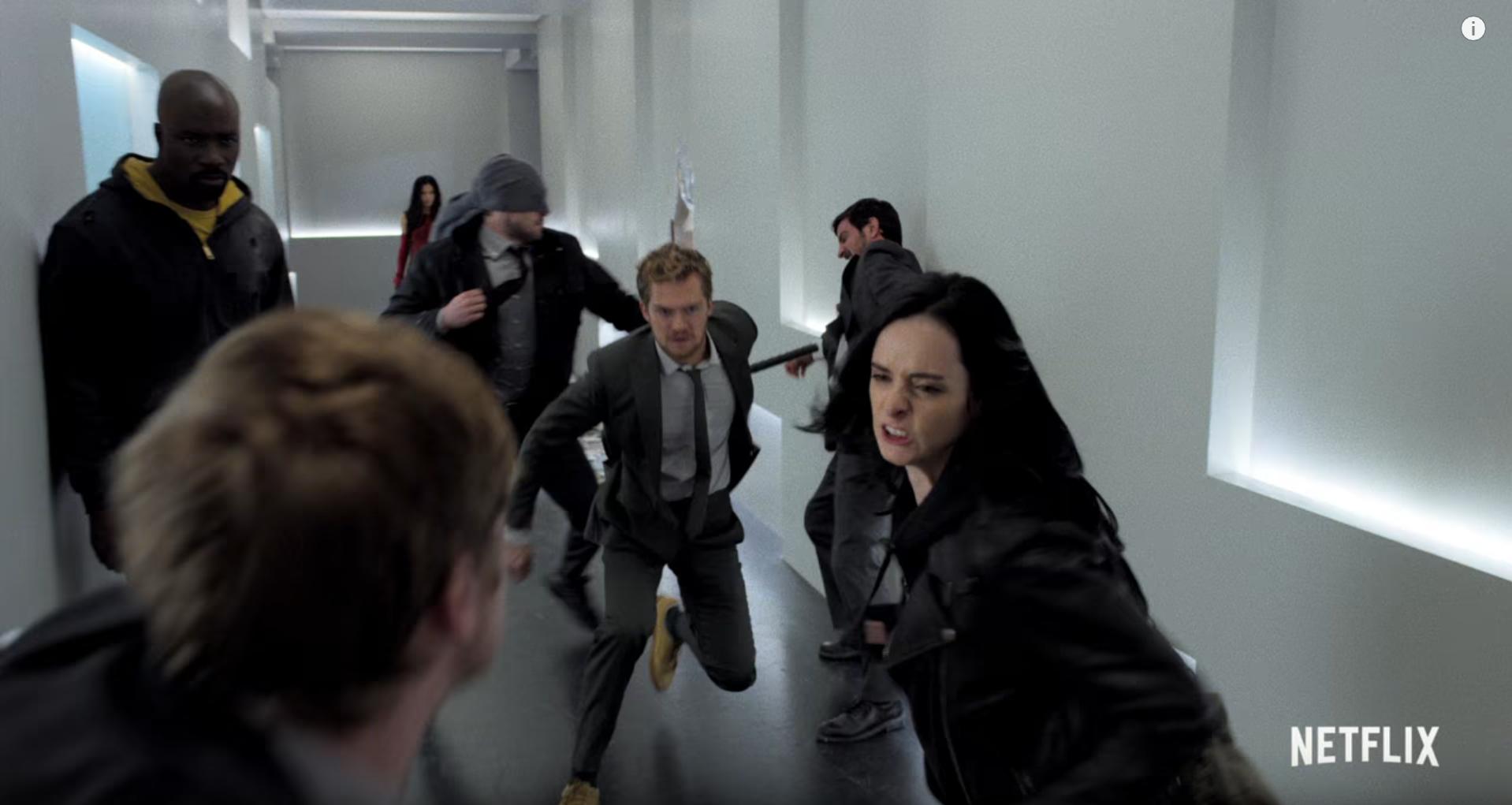 Finally cut to one of my favorite scenes, and a fight which takes place in a hallway. These guys sure do seem to love to fight in hallways. But watching all four of them work with their own unique skills of ass-kickery makes it for some amazing Netflix TV.

I’m excited guys. I want this show to be amazing, especially after all the negatives from Iron Fist. Fortunately, I see a lot of good humor and a great chance for this show to ramp up the danger to our heroes. I’m happy to see these guys together, and see all the chemistry at work. I hope Iron Fist gets some good lines in, but only time will tell if it’s just the writing or maybe Finn Jones just wasn’t the best call. Prove me wrong Defenders, prove me wrong.

Marvel’s The Defenders is a Netflix original series which will launch globally on August 18, 2017.

Did Iron Fist let you down? Are you disappointed it’ll only be an 8 episode run for the series? Let us know what you think of the series in the comments below.

One thought on “Marvel’s The Defenders: A Good Defense Is A Great Offense”